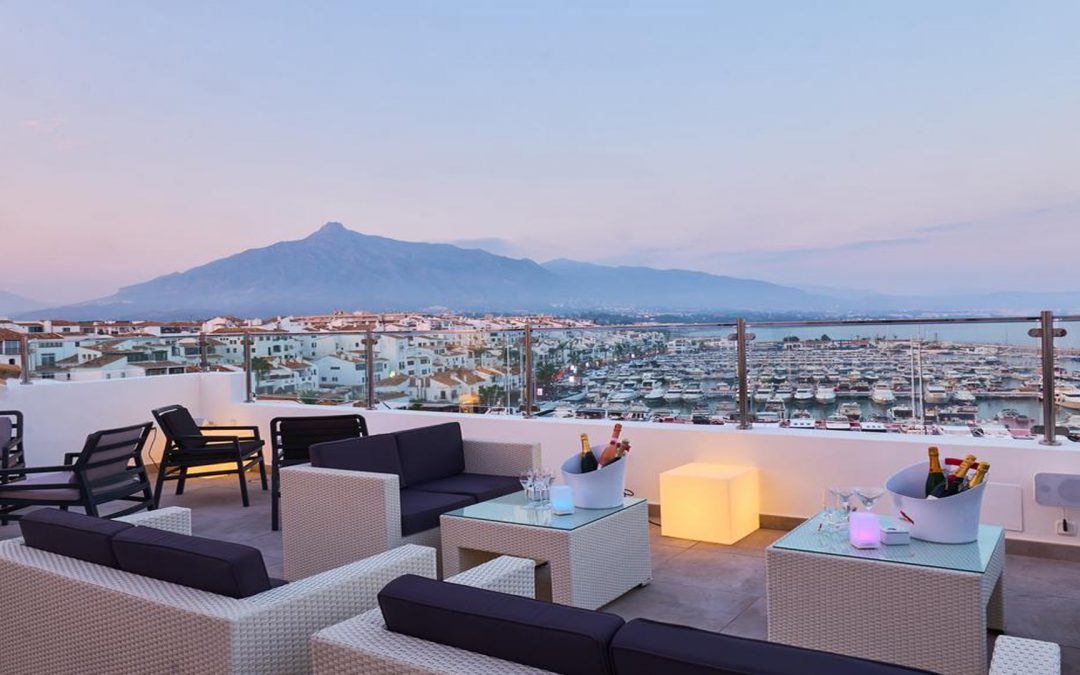 Marbella a cosmopolitan celebrity hangout. Marbella the destination of choice for celebrities around the world.

Marbella a combination of luxury and simplicity. luxury villas, mega yachts, world renowned retailers and super cars can be seen everywhere, but fishing boats, family-owned restaurants, local bars and crowds of Spaniards watching the sunset while sipping cerveza are all part of the diverse eco-system.

Once, Marbella used to be a fishing village, known for its beautiful sea (which is literally what it means – ‘mar’ is sea and ‘bella’ is beautiful). Celebrities have been hanging out here since the 50’s.

Prince Alfonso von Hohenlohe, otherwise known as the ‘Party King of Marbella’, opened the luxurious Marbella Club in 1954, and many say that he was responsible for transforming this sleepy fishing village into an international jet set destination. His eccentric parties and lucrative business ventures in the area attracted royalty, nobility and superstars from around the world.

However, a few well known celebs were indeed born here. Antonio Banderas is one of our local born superstars and the main square in Puerto Banus is named after him. Pablo Picasso was born in Malaga in 1881 and you will find the museum located in centre of the city today. Other Spanish celebs such as Lola Flores, Julio Iglesias, Penelope Cruz, Enrique Iglesias and others have either lived or holidayed here for a long time.

In the 1970’s Prince Fahd of Saudi Arabia fell in love with Marbella and built an impressive mini replica of the “White House” in marble where he stayed with his entourage every summer until he died. His luxury yacht Shaf of London, was regularly seen docked in Puerto Banus. The Saudi royal family have always been big fans of Marbella.

Another Saudi billionaire that spent time in Marbella was Adnan Khashoggi – at one point he was the richest man in the world, owning the largest super yacht at the time, the 280-foot Nabila that featured in the bond films. Former James Bond, Sean Connery lived in Marbella for almost two decades in the 80s and enjoyed dining in out in Puerto Banus often.

Today, Dolph Lundgren is seen attending the local gym. Simon Cowell, Lord Alan Sugar, Wayne Lineker, President Vladimir Putin and so many others own luxury villas and mansions in the area.

Marbella is a combination of luxury and simplicity. Yes, luxury villas, mega yachts, world renowned retailers and super cars can be seen everywhere, but fishing boats, family-owned restaurants, local bars and crowds of Spaniards watching the sunset while sipping cerveza are all part of our diverse eco-system, where the best of life is not something they pay for.

Celebrities are seen sunbathing on the sand with the locals, dining at typically Spanish restaurants or having a cocktail at a beach bar like ‘normal’ people. Gorgeous weather all year round, breathtaking views and beaches for miles that everyone can enjoy regardless of their status in society is what makes Marbella that special place for so many.

Undeniably, Marbella has that ‘je ne se quoi’ that everyone craves.

“Thanks again Carolina for another smooth sale of our apartment, this must have been the sixth that you have sold for me? Please keep up the good work.“ Gary, United Kingdom
Gary

“Solobanus, Carolina Salem has been my contact for many years from buying and later in renting my property. From the beginning till now I am very satisfied with Carolina as a professional that knows the market. She provide a top service for me as an owner and she provides a top service to all our clients. She is also very friendly and helpful. I can recommend Solobanus and Carolina as the best agency in the market.” Harald, Norway
Harald

“I have been working with Carolina since some years and am absolutely delighted by her professional attitude and honesty. Carolina is extremely reliable and delivers on her promises. I have bought an apartment from her some years ago under the proviso that she would also rent it out for me and since then, it has been an absolute pleasure working with her. I can recommend her any time.” Michael, Middle East
Michael

In Solo banus we offer knowledge, experience, clearness and solid family roots in the Marbella Real Estate Market, all of this translates into even more security for our customers when buying and/or selling. I would like to invite you to come and meet us, “We are here to help you.”

This website uses cookies to improve your experience while you navigate through the website. Out of these, the cookies that are categorized as necessary are stored on your browser as they are essential for the working of basic functionalities of the website. We also use third-party cookies that help us analyze and understand how you use this website. These cookies will be stored in your browser only with your consent. You also have the option to opt-out of these cookies. But opting out of some of these cookies may affect your browsing experience.
Necessary Always Enabled

Any cookies that may not be particularly necessary for the website to function and is used specifically to collect user personal data via analytics, ads, other embedded contents are termed as non-necessary cookies. It is mandatory to procure user consent prior to running these cookies on your website.